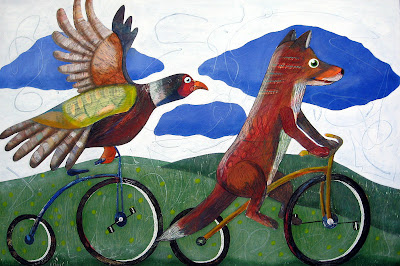 Colour, lines, abstract shapes and whimsical creatures are the elements reflected in Angela’s experimentation with various mixed media creations on wood and needle felted images. For "Bicycle" Angela has combined her love of animals with a variety of wheeled inventions (bicycles, tricycles, penny farthingales, kick scooters and training wheels) - all of which played a role in Angela’s childhood and have left a lasting impression which continues to fascinate her on a daily basis.

Celebrate National Bicycle Month (in Canada and the USA) by wheeling your way to "Bicycle" on a bicycle, tricycle or unicycle (if you dare) - if you do, your name will be entered into a draw for a set of art cards donated by Angela. The show runs 'til June 26th, 2011.


*The winner of the set of cards is Michelle M. from Wolfville, Nova Scotia. Congratulations Michelle!! :)

Join SEVEN (an artist collective that I belong to) for our upcoming exhibit called Udveksling at Craig Gallery in Aldernay Landing, Dartmouth, NS. Opening March 30th, 2011. 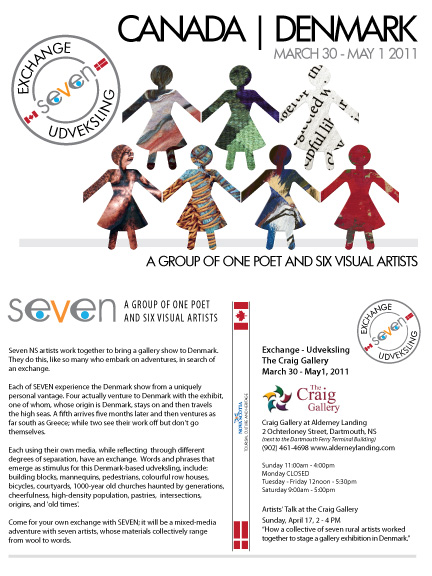 I welcome commissions and ship art worldwide. All transactions are easy and secure through PayPal.
902.542.0037 or Email.

All content is © 2012 Lala and Gleen Productions/Angela Melanson. Please do not copy or take images or content from this site without my permission. I can be reached at: lalaandgleen@gmail.com.